You are here: Home | About | Colington History

Our History – Glimpses of the Past

(Special thanks to Jerry Raveling) 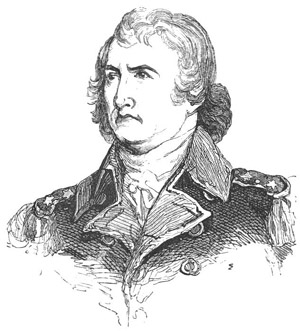 Man has modified the island (Colington) since his first occupation some 1,800 years ago, but the earlier inhabitants did little more than cut trees for shelter and firewood, deposit their food refuse in heaps on the dunes, and dig a few pits for cooking and other activities. Even into the early years of the 20th century, much of the island had not been irrevocably changed, but the past three decades have witnessed extreme modification.

The last native American inhabitants of Colington Island were people of the Algonkianspeaking culture, whose territory included 6,000 square miles of northeastern NC, from the Neuse River to the Virginia line, and from the Outer Banks to the heads of the Albemarle and Pamlico Sounds.

Colington Island is one of a chain of barrier islands, which form the Outer Banks, separating the vast sounds of the estuarine system from the Atlantic Ocean. It lies on the sound side of Bodie Island, and was once a part of that island when the sea level was lower than at present. Now it is separated from Bodie Island by the narrow passage of Colington Creek on the east and Kitty Hawk Bay on the north. Although never completely stable, the Outer Banks have maintained their current general form for approximately two to three thousand years. Archaeological studies have found no evidence of human use on the present surface islands prior to about 1000 BC, and frequent use only within the past 2,000 years. The initial occupation of Colington Island occurred sometime between 200 and 300 AD, and continued until at least the 14th century by Algonquian people of the coastal region. From the air, Colington Island resembles a verdant butterfly with a tattered right wing, resting on shoals inside the barrier islands. Its current shape is the result of rising sea level, erosion, and other natural processes, which continually change the coast. Once connected to Bodie Island, it shares with that and the other barrier islands a surface topography of sand dunes separated by lower, wet areas, marshes and ponds. The dunes in the Harbour are not all the same age, and their orientation reflects different directional forces affecting their formation. Evidence of continuing dune migration was observed during archaeological research done in the early 1970s, and there is no reason to doubt that it will continue. Soils on the island are either the fine sands of the dunes and their slopes or peat in the swales, marshes, and ponds. The dunes, presently ranging in height from 10-60 feet above sea level, originally, supported forests of live oak, water oak, hickory, pine, American beech and other canopy species towering over yaupon, holly and dogwood. The forest floor supported palmetto, Muscatine grapes and other plants. Gum, cypress, maple and wax myrtle on the slopes gave way to willow, and finally, marsh grasses.

In this next section our hope is to present glimpses into the history of Colington Island, and of Colington Harbour. The information is derived from David Stick’s book, The Outer Banks of North Carolina.

September 8, 1663. Colleton sent Captain John Whittle to Carolina to establish a Plantation (i.e., settlement) on Colleton Island in 1664. Colleton soon took in three partners to develop the island: Peter Carteret, Sir William Berkeley, and William, Lord Craven. The four partners secured an additional grant for land at Powells Point (now Point Harbor) and established a hog raising operation there. The partners used Colleton Island to raise cattle and horses. A profitable side business was started in extracting oil from whales that had washed ashore. On Colleton Island, grapes were planted with the idea of establishing a winery and tobacco and corn were planted. The “settlements at Colleton island and Powells Point were badly damaged by a hurricane on August 18, 1667. This was followed by a drought in the spring and summer of 1668, flooding in August of that year, and hurricanes in August of 1669 and 1670. Following the apparent failure of the operation in the 1670s, Little is known of the development of Colleton for a number of years.

A house owned by James Lancaster appears on a map in 1679, and there are indications

that Seth Sothel, who served as Governor from 1682 to 1689 may have acquired the surviving Colleton cattle.

By 1750, the entire island was owned by Thomas Pendleton, of Pasquotank County, who

died that year and left the island to his three daughters. Probably about this time a meandering creek, which ran half way through the island, was extended (apparently by slave labor) from Kitty Hawk Bay on the north to Roanoke Sound on the south, dividing the island in half.

This combination creek and canal was known as “The Dividing Creek”, and by 1769, the two “islands formed: were known as “Great Colenton” and “Little Colenton”. An extensive community grew up on the south and west sides of Great Colenton (or Big Colington, as it is now known) [the spelling kept changing over the years], and a post office was established on the south side at Shingle Landing on June 14, 1889, with Ezekiel Midgett as postmaster. By the end of the nineteenth century, however, many people had moved to the northern side of the island where deeper channels were available for their boats.

The original concept of the developers of the “Harbour”, was a division between retirement

and vacation cottages and even that has been going through an evolution. It has become a

place of permanent residence for a thousand families, and children galore. The deep water

canals and the transplant population have made our community one of the choice communities on the Outer Banks. The open friendliness of Colington can, perhaps, best be attributed to, the reality that those who live here chose to rather than have to. If you are not part of our community, you owe it to yourself to investigate the immense pleasure of being a Colington resident.